The Architecture Major and Its Career Opportunities 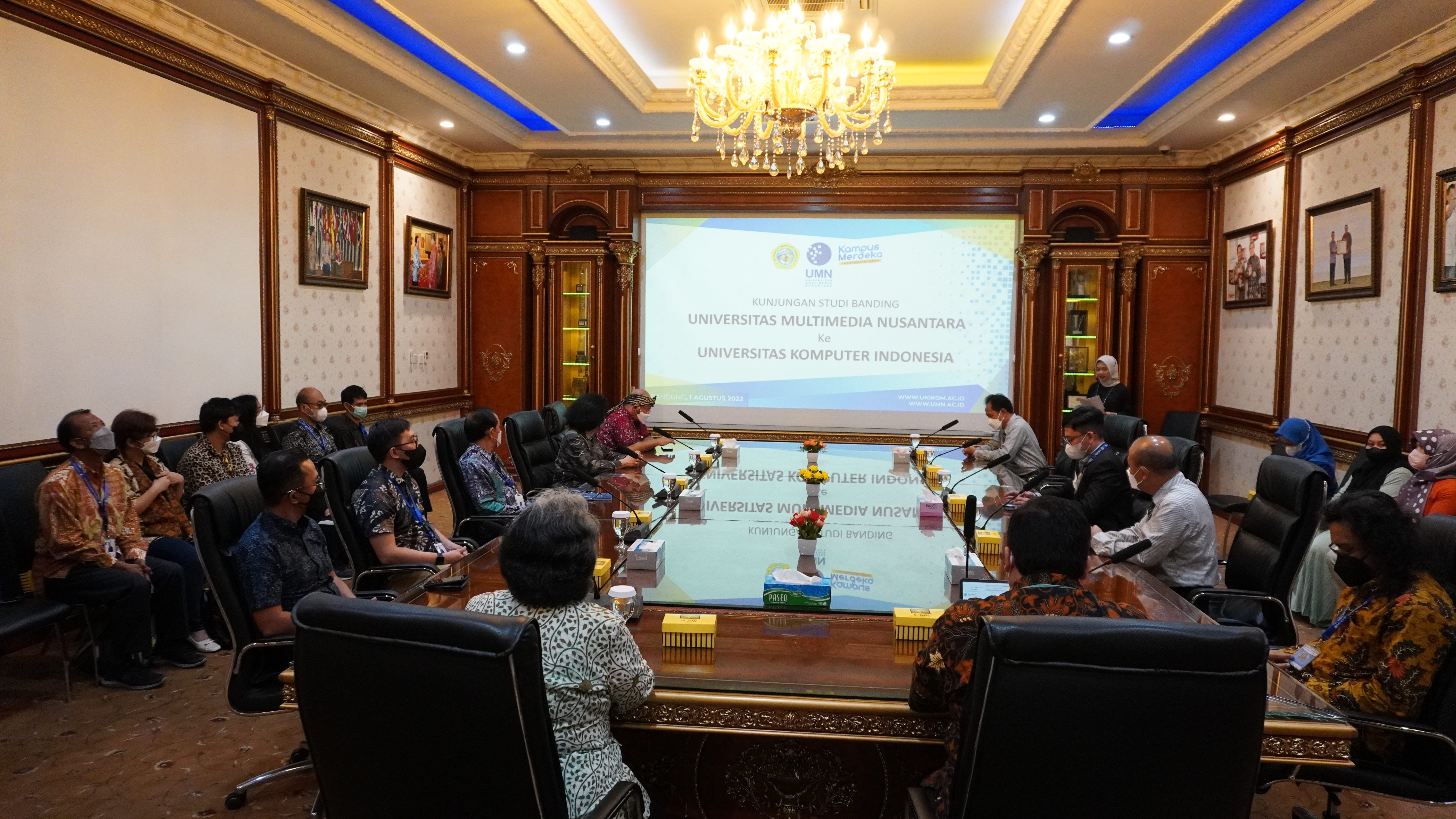 “This comparative study visit is a concrete act of cooperation between universities and to realize the Independent Learning-Independent Campus (Merdeka Belajar Kampus Merdeka/MBKM) program,” Muliawati explained. Previously, UMN had signed a Memorandum of Understanding (MoU) virtually in a collaboration focused on MBKM programs with UNPAR and UNIKOM.

Ninok added that this visit was also to establish good relations between UMN and universities considered superior in fields that were also UMN’s interest to achieve the same excellence.

Also read: UMN and UNPAR Cooperate in the Development of Tri Dharma and MBKM. â€śWe discussed possible collaboration between UMN and UNPARâ€™s Architecture study program in developing green architecture. In addition, there is also a plan to collaborate in the field of community service on smart village development and the empowerment of Micro, Small, and Medium Enterprises (MSMEs),â€ť Ninok explained.

UMN also had the opportunity to see artifacts from UNPAR students’ work, such as mecanum wheel robots, wheelchairs with DC servo motors, and other practical equipment.

When discussing about the Electrical Engineering major with Dr. Ir. Bagus Arthaya, the Lecturer of Mechatronics Engineering at UNPAR, there were courses not found in the Electrical Engineering major at UMN, such as statistics, dynamics, kinematics, and machine elements. UNPAR offers UMN students to take the mechanical engineering courses at the UNPAR campus, which can contribute to the MBKM program. In addition, in 2023, UNPAR will carry out a new curriculum revision and would like to invite UMN to partner in developing this curriculum.

â€śWe also discussed the implementation of university governance tasks. How do we face the challenges of the disruption of higher education that is happening today and the changing needs of the industry for university graduates,” Ninok said.

Also read: UMN and UNIKOM signed the MoU on Cooperation in 3 Programs. During the visit to UNIKOM, a university specializing in technology and information, UMN and UNIKOM discussed a topic regarding robotics development. UMN itself has an interest in the field of robotics. As previously reported, Muliawati, at the odd semester academic meeting last month, revealed UMNâ€™s plan to create a â€śUMN Robot.â€ťÂ “If UMN wants to make robots that can advance robot contests, instead of sending UMN students to UNIKOM, Iâ€™ll just visit UMN and give lectures on the UMN campus for one semester,” Dr. Yusrila Kerloza, Directorate of Innovation and Competition UNIKOM, said.

Ninok and Muliawati expressed their satisfaction and happiness from the results of the comparative study visit with UNPAR and UNIKOM. â€śBoth universities are outstanding private universities that excel in their fields. It is hoped that the collaboration plans that have been discussed can be realized optimally,” Muliawati said.

“This visit is expected to be followed by further discussions to move forward with the collaboration. The MoU does not only stop at the agreement paper, but is followed up with activities that provide additional benefits for UMN, UNPAR, and UNIKOM,” Ninok concluded.

Recommendations for College Majors Without Math