TANGERANG – Students of the Architecture Study Program of Multimedia Nusantara University, Jordi Kurniawan (Class of 2018), Lidyana (Class of 2018), and Lydia Gavrila (Force 2018) successfully qualified as the top two in the GBCIdeas 2021 national competition category “Net Zero Healthy Building Innovation” with the theme of the work “Harvesting Wind Energy” on Thursday (04/10/21).

GBCIdeas 2021 is a design ideas competition for students and professionals organized by the Green Building Council (GBC) Indonesia with the main theme “Net Zero Healthy Building”. Through the “Net Zero Healthy Building Innovation” competition category, students are encouraged to provide a design idea for a Net Zero Healthy building â€“ a building idea that applies the concept of energy consumption that is smaller than energy production for that building. Based on that, Lydia Gavrila as one of the team representatives said she and the team also contributed suggestions (brainstorming) about net zero energy, healthy design, and energy efficiency.

“From this initial idea, we consulted with the lecturer of building physics [at UMN], Mrs. Dian about the idea and feasibility about our idea and received inputs that we then developed to the stage of our idea. We do a lot of research from various perspectives until finally our concept matures,” lydia explained. The design of the building “Harvesting Wind Energy” by a team of UMN Architecture students who qualified in the GBCIdeas 2021 competition category “Net Zero Healthy Building Innovation” (doc. Lydia Gavrila)

Furthermore, Lydia and team said the idea of “Harvesting Wind Energy” was inspired by research findings that wind energy is still rarely applied in buildings in an integrated manner. In fact, he said this wind energy has the potential to be applied as a renewable energy source in buildings. Eventually, he and his team proposed the idea of “Harvesting Wind Energy” and applied it on a building scale through the building’s faĂ§ade. For that, they also took a case study redesigning the building in the UMN Building.

Also readÂ Webinar HIMARS UMN: Use of Detail to Create the Story of Your Concept in Architecture

“The main attraction of wind harvesting is the concept of integrating the building faĂ§ade with energy-producing technology so that it becomes the kinetic faĂ§ade of the building that in addition to functioning as a second skin can also generate energy. That way it can be maximized the potential of the building’s faĂ§ade, “explained Lydia.

Through this race, Lydia and the team hope there will be more young architecture interested in starting a practice in the realm of green building and being environmentally responsible. In addition, Lydia and the team also have a dream that the idea of this race can be realized directly for the UMN Building.

For status in the current GBCIdeas 2021 race, Lydia and the team also said they had passed the “Boothcamp GBCIdeas 2021” stage on October 18-19, 2021. At this stage, they are given additional material by mentors who are experts in their fields to sharpen their design ideas. Next, they will go through the “Mainshow” stage for their first championship decider on November 11. After the determination, the winner will have the opportunity to present his ideas at the “International Conference on Advancing Net Zero in High Density Compact Cities for Sustainability by Hong Kong GBC” on November 26, 2021. 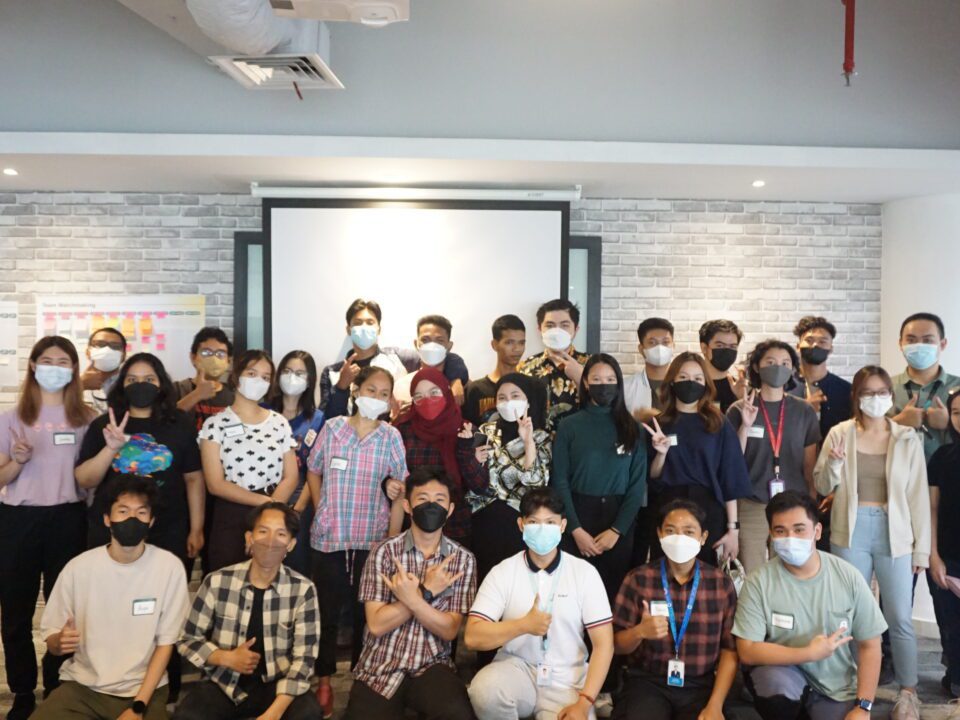