Informatics Engineering: 5 Promising Career For You!

Get to know the Film and Animation Major and its Prospects The development of the film industry in Indonesia has increased interest in film majors on Indonesian campuses. (source: pexels)

Get to know the Film and Animation Major and its Prospects. Do you like watching movies and appreciating the makers? What movie do you like the most? What is animation? If you like film and animation, how about trying to learn both? It will be fun, right!

Usually, the film major is a separate major from animation. Film majors are generally under the auspices of communication science or the faculty of arts. At the same time, animation is part of the Visual Communication Design specialization. Is it possible to study both? Of course, I can! Come on, read the article to the end.

What is a Film and Animation Major?

The film and animation major is an amalgamation of film and animation. In this department, students will learn how to do work in the form of moving images. Students will also learn technical matters such as making stories, using cameras, compiling and editing photos, to skills that support sound and quality filmmaking.

In addition to learning how the film production process is carried out, the Film study program also teaches marketing techniques in the film industry to students, as young filmmakers, to understand the next step after producing a film. The Film and Animation study program at Multimedia Nusantara University is a forum for students who want to become young filmmakers to understand the process of making quality films and the current development of the film industry.

Why should you consider this major?

When watching a film, we are often provoked to comment on this, which is also “what if.” Our imagination makes up alternative scenes or scenes. Yes, by majoring in film and animation, you can have a path to make it happen. A film can be a medium to express ideas in audio-visual form and facilitate us to be creative with various methods such as film filters, shooting angles, color, and sound.

Many television stations require creativity from graduates majoring in Film and Television to produce quality programs. In addition, there are many professions in film and television. So you can choose what field is appropriate and matches your character.

In a constantly changing world, even many professions and fields of study are threatened with extinction or disappearance. Fortunately for student filmmakers, the odds are slim! From the Roman amphitheater to Shakespeare, humankind has always loved the performing arts. Filmmaking is the latest incarnation of this world. A degree in this field prepares you for a career that will never go out of style.

Universitas Multimedia Nusantara Film Study Program is the only study program that combines film and animation into one study program. Students can choose one of the two to be studied more deeply according to their respective interests.

What will you learn in a Film and Animation Major?

If you are already interested in choosing this major, get ready to face exciting courses that require your creativity. Here are some of the courses you will study in this department:

As a foundation, you will study film history and its development. Although the weight of the SKS is not significant, you need to get to know the film itself. In this major, you can see the era that shaped cinema and the film industryâ€”starting from technological innovation, the French New Wave, and the Hollywood system to the age of modern Hollywood independence. In the era of Indonesian cinema during the Soekarno government, Indonesian new order films reformed Indonesian new films. Students then researched these stories regarding technological, social, cultural, and industrial economic aspects.

In this course, you will be introduced to the role of a film director and learn how the director needs to prepare for it, such as creating script details, analyzing storyboards, and preparing character details. Learn the basics of running scripts, creating concept visuals, blocking players, and learning the basics of acting to direct players.

It is a compulsory subject for those studying in film schools. Here you will be taught how to write a script. You will be introduced to and analyze the basic theory of the Hero’s Journey. Also, how to develop essential ideas, characterizations, basic story mapping, logline, premise, three-act structure, and treatment so that later you have a strong enough basis to write a complete short film scenario for production.

This course covers the history of film editing, the fundamentals of non-linear editing software (Adobe Premiere Pro), the theory and practice of dimensional editing, editing continuity, montage, juxtaposition, and assembling a fictional narrative. In this course, you will also be given an overview of the production process after a shoot is complete.

Along with the rise of Indonesian cinema, the scope of work in this department is also growing. In addition to a career in the world of film, you can try a career in several other fields of choice. The following summarises six job prospects for film and animation graduates.

When asked what TV and film majors do, the answer is the director. Of course, the salary range that a director can get is quite extensive, IDR 8-30 million, depending on the film or program he will direct later. Whether in television or film, the director has to supervise the work of each actor and crew to carry out the prescribed procedures so that the filming process goes according to plan. Some of the essential duties of a director are to supervise the actor, guide, position, and provide notes to the actor when he is on the set. In addition, he also has to ensure that each crew carries out their respective duties, starting from the pre-production process to the post-production process.

The role of the screenwriter is significant because it must be able to make a film story. Writing scripts is also a lot of fun. Scriptwriting is also a pretty fun job, and if you like work related to writing a novel or text, this job will suit you. Screenwriters are always needed by production companies, namely television and radio screenwriters. Film projects can generate 20 to 200 million rupiahs, and television or FTV projects pay around 5 to 15 million rupiahs.

Those who watch movies often need to know the important role producers play in the shows and films they make. They not only play a role in film production but also think of various exciting ideas and can attract the audience’s attention to their work.

In addition, the producer is responsible for preparing the production budget and deciding from the pre-production process to the post-production process. If you’re interested in becoming a producer, you’ll need the ability to think creatively in various ways, including finding and developing ideas. This producer’s income is excellent and can reach more than 20 million depending on the success of the films and shows he makes.

Because you are majoring in film and animation, you can also work as an animator. You can work in a production house or as a content creator. You can also use your skills to pursue a career abroad if you wish.

The following job prospect is a storyboard artist responsible for modifying the existing script in the form of images. The video featured in the film is a collection of images created by this storyboard artist.

In the production of animated films, someone is in charge of character design. The work is not far from drawing the character as a whole, from the clothes he wears to the expression of the character. This job is still rare, and not many people know about it, so it could be an excellent opportunity for you.

Well, that explains the film and animation major and its promising job prospects. For those of you who want to be part of the film and animation major, you need to be interested in the world of film and update your basic digital drawing skills. You can learn more about the Department of Film and Animation at Universitas Multimedia Nusantara through the UMN official website. You can choose the online registration procedure on the website according to your preferences. Come on, register now and start your career with UMN! 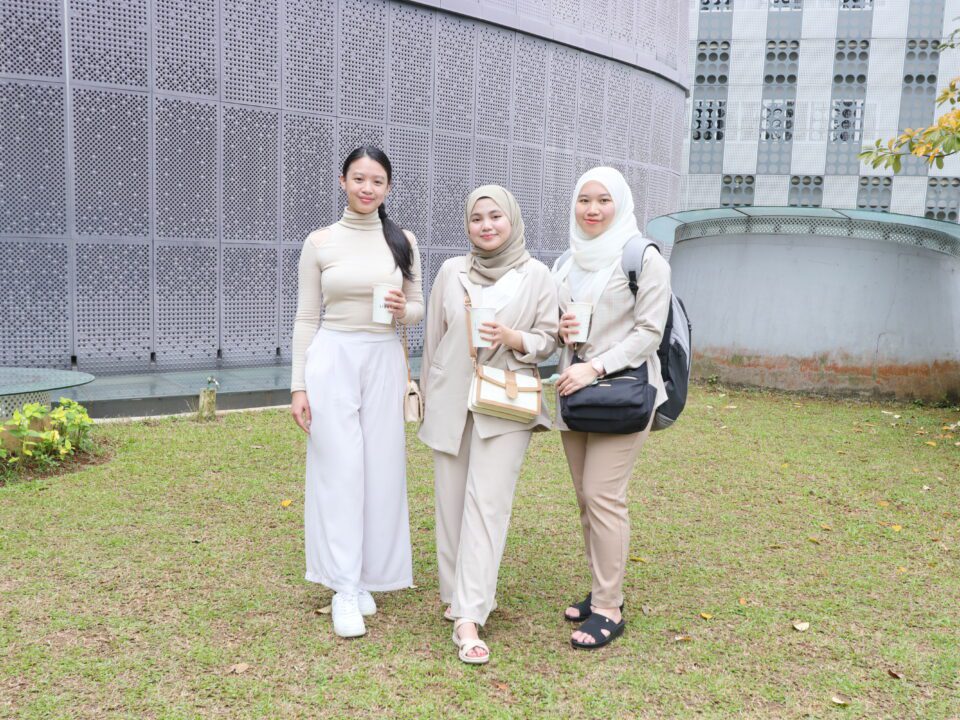